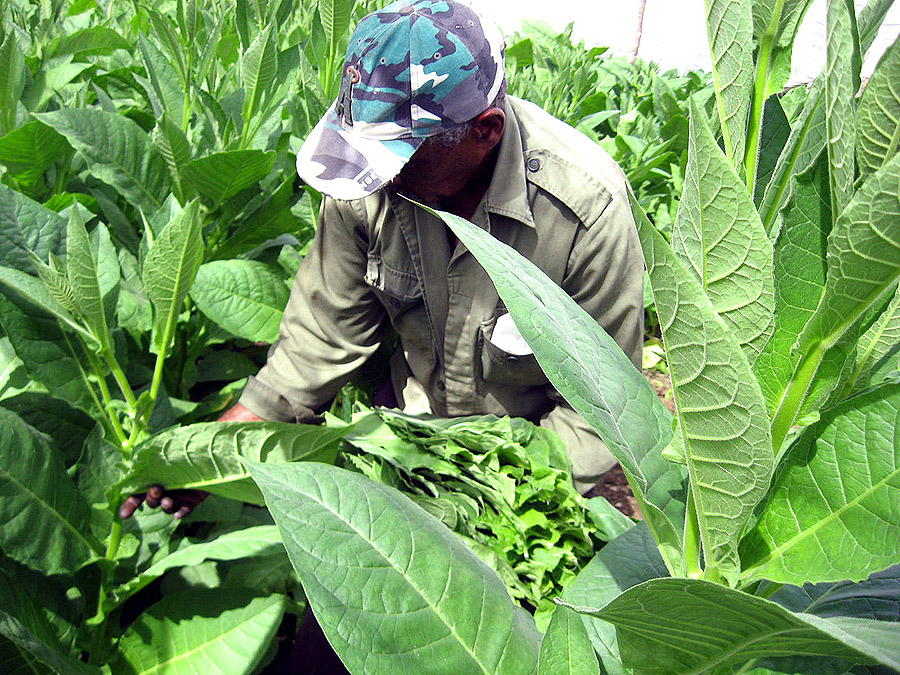 Continuing with the ABC of tobacco, today we would like to share  some information of great interest for those who are just starting to learn about this complex but exciting world.

As we discussed in last week's article, different types of leaves are used in making tobacco, each one with a specific function to fulfill. In this selection, both the position of the leaf on the plant stem and the harvesting time play a preponderant role, since they determine its chemical composition and, consequently, its greater or lesser content of nicotine and aromatic and nitrogenous substances.

This means that each type of leaf has a different crop time, so harvesting a single plant can take up to 30 days from the start, since only two or three leaves can be removed at a time and between each harvest several days must elapse. It is a slow and laborious process because all the leaves must be harvested by hand to avoid deterioration with the handling.

The taller plants with a greater number of leaves are grown in covered or tapados plantations, which are used for the wrapper, while outdoor crops are intended for the three leaves that make up the filler (flown, dry and light) and the binder.

The harvesting of the leaves begins between 40 and 50 days after transplanting. They are collected at intervals starting with those closest to the ground and from there they work their way up to the top of the stem. The volado (flown) ones come from the lowest part of the plant; the seco (dry) ones are collected in the center and those at the top constitute the type known as ligero (light).

After the harvest the curing process begins, during which not only the leaves dry out, but numerous chemical and physical transformations take place in the leaves. After this, the long and complex process of refining the leaves begins, consisting of several fermentation stages, each with different objectives and duration times. They are then packed and transferred to a warehouse where they will undergo a long final aging process, which lasts between one and two years depending on the strength of the leaf.